The beginning of a great idea… or not? 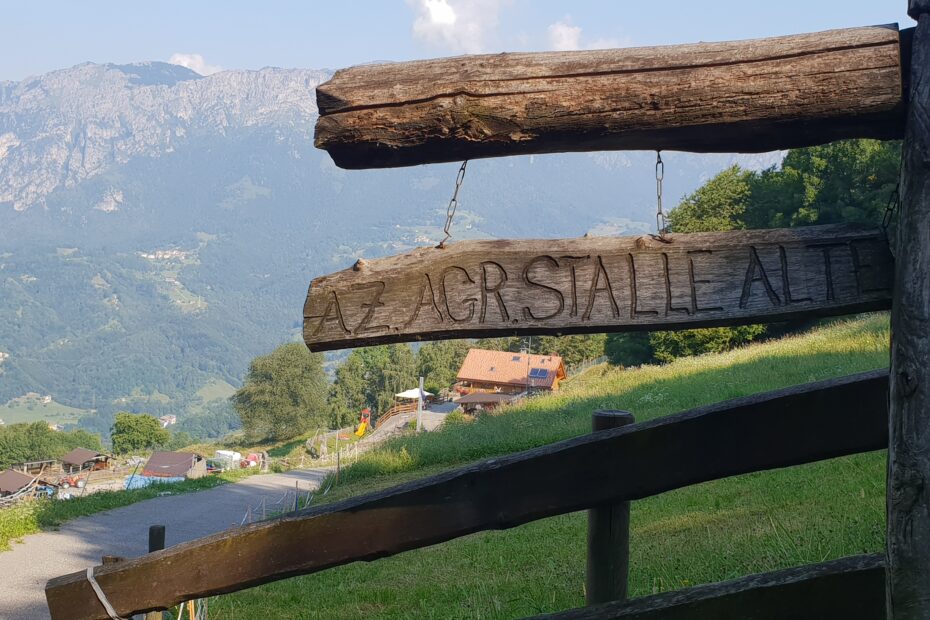 Usually, one does not wake up one day, deciding to go on a motorcycle trip through Africa for half a year. Neither did we, in case you were wondering. But yes, we had plenty dreams we would talk about with each other. Mostly, this discussion would go like “one day we should… “ or “I really wish we could go…”.

In July 2019 we went to a small farm in Italy, just to spend a few days in peace and quietness. Far away from the hustle and bustle, enjoying the company of sweet longhaired baby cows (Scottish Highland calves as they are called), the conversation once again went into this direction of “one day”. Christmas in Cape Town – that spontaneously sounded like a great idea. It is supposedly lots of fun to ride a motorcycle over there.

Ever since we have been together, our common passion for riding motorcycles has become a permanent feature during our trips. So how should we travel to Cape Town? Flying is of course the most obvious option, and we could then rent bikes locally. However, we never made up for our honeymoon, which was way too short. When starting in August, it would be quite a good time to travel in Africa, just following the summer all the way down… What if… Another if… Yes, what if we just ride all the way to Cape Town? After a few minutes of research on climate and distances everything made sense.
And so, there was only one question left: When, if not now?

We desperately wanted to avoid that this super cool idea remained exactly that: an idea. Far too often we hear people talking about their dreams, which they never dare to fulfill. Exactly there and then in Italy, we promised ourselves that we would do everything we could to fulfill our dream! Although we immediately could sum up numerous issues to overcome and reasons why NOT to do this trip, we simply decided that we WILL find a solution for everything. In other words, do we still want to go on this adventure if we:

… give up our beloved apartment with the best landlords in the world?

… exhaust every financial resource we have, and that would mean that we would come back completely broke?

… risk our health and safety?

There was no doubt that this journey together is more important to us than any comfort we are used to and that we simply trust each other, having faith that in the end everything will always be okay. Somehow.

Following our little break, I immediately approached my bosses to announce that I would like to take unpaid leave for 3 to 4 months next year, starting in September, and hope that they would keep my position open. Since we are a very small company, this was not a given at all. Any absence of a few days due to illness already has a huge effect on the rest of the team. But to my joy and relief, I received the confident answer that they could manage this and I would not have to quit my job! It was basically the same with Lennart, he too had been allowed to take this time off, but the company’s situation developed very unexpectedly, which ultimately led to him losing his job anyways and setting up his own business at the beginning of 2020.

Since we both belong to those people who only really get going under massive time pressure, most of our preparation took place only in the last weeks and days. One thing, however, became clear to us very quickly: 3 to 4 months would not be enough, so we extended our plan to 6 months, deciding to come back only at the end of January. When Lennart discovered a suitable ferry from Venice to Greece on August 1st, the departure date on July 31st was finally fixed. Whoohoo, this is going to happen! It was become really exciting. After all, it was now time to find solutions for all the problems that especially other people were very eager to point out clearly to us…

One critical point was the rental cost of our apartment. It was definitely not in our budget to simply keep the apartment for 6 months, since we would have no income for the time that we would be away. Our apartment is also not exactly predestined for subletting, since it is quite large and remote. However, an open conversation with our landlords immediately led to the hoped-for relief: we wanted to come back, and they wanted to keep us, and so we found a financial solution that worked for all. A few weeks later we were totally surprised – thanks to Facebook we found a subtenant who would even agree to move in for the entire 6 months! We were able to leave our entire household to him and only had to stow away some personal belongings. Basically, nothing better could have happened to us… Seems like the pieces are starting to fall into place!

Looking back, many more lucky coincidences occurred during our preparations. We strongly believe that if you want to make a dream come true, you should tell everyone about it. Why? Because people, even though they might think you are not going to be able to fulfill your dream, like to help. Once you have decided that you will turn your dream into reality, let others be part of it by accepting help from time to time. In the end you are more likely to succeed with more ease and everyone involved will be even more excited with and for you.